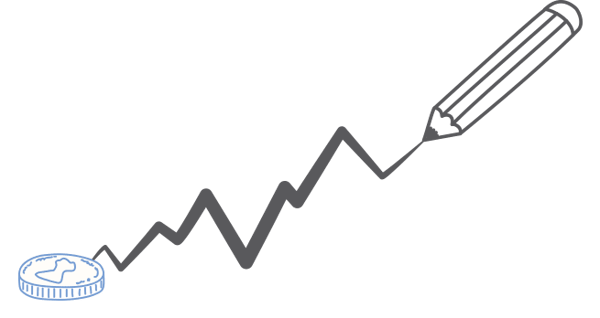 Evidence suggests that scribe videos are a more powerful way to get your message across than other forms of presentation. We tested that theory by pitting a scribe (also known as whiteboard style animation) against a talking head video. We filmed Inge from Polyglot Coaching, and created two videos. One was a classic talking head video, showing Inge describing her business. The second took the audio track – so the script is identical – and made a scribe video with it. We sent each video to over 1000 people, then asked them the same questions. Viewers did not know that there was a second video - they answered the questions based on the video that they had seen. We expected the scribe video to get the message across better. But we were surprised by quite how well it performed.

Scribe viewers recalled information better on 80% of the memory challenges

Five of the questions asked viewers to recall information from the video. For every question but one, people who had watched the scribe answered more accurately. One question was about how many languages Inge spoke. 82% of 18-21-year-olds got it right after watching the scribe video. Only 41% in that age bracket could answer the question after watching the talking head. Better recall from the scribe video happened across the age range. On the same question, over-65s were 15% more likely to get the answer right if they watched the information in scribe format.

Scribe videos more likely to be shared and recommended

Sharing spreads your message. Recommendations help people to trust your company. But what about the crucial step of converting interest into new business? We asked people if they were convinced enough by the video to buy the service. 2 out of 10 who had watched the talking head video said that they would. Among those who watched the scribe video, the figure was 4 out of 10. The scribe video was twice as likely to lead to a sale. No wonder when asked about the overall impact of the video, scribe viewers rated it 8 out of 10, compared to 5 for the talking head. Buy VideoScribe to start converting viewers into sales

How to create an impressive video resume that secures call backs